Is ‘Shrink’ Still A Dirty Word?

In our fast moving high tech World where friends are counted on one hand or on social media, the Shrink or Counsellor now plays an even more important part of shaping ones destiny.

I come from the Princess Diana way of thinking, when to be in therapy was still deemed crazy but she did it anyway and was not ashamed to let us know. I have to confess that I was a fast follower of her innovative pursuit, and have my shrink to thank for where I am today.

It was the nineties and I was still struggling with the shock of leaving Uni and finding my way in the World, then a marriage and divorce and home alone – it all seemed to happen really quickly.

A very good friend who was doing a course in Psycho Therapy in Southwark said to me ‘if you want to change, get a therapist, and if you don’t then stay where you are’. It was enough for me and I was sourcing a counsellor within days of her strong direction.

I was referred to a rather worthy female therapist initially after having a great session with a guy who I particularly liked but who was too busy to see me.

After only a few weeks with her, I noticed changes in very small patterns of my behaviour and even reactions from other people, mainly good. 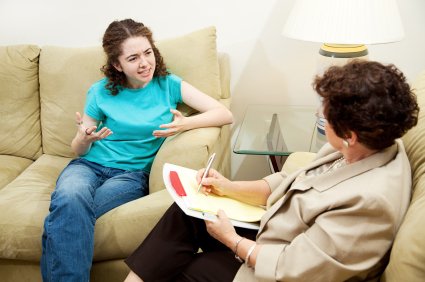 She very quickly told me that she was moving on and couldn’t continue seeing me, another rejection, but I very quickly went back to the man I had met originally and got a slot with him. That is when my life really took off and continued to do so until I worked through my issues, and five years later came out the other side.

I am not saying that the counselling road ahead is so long and tedious for everyone – it is just that I found a particularly good therapist and decided to stick with him and work with my demons for the long haul.

We covered everything from childhood memories and buried traumas and regression.   I had chosen to work with someone whose work had a particularly spiritual dimension which suited me down to the ground.

It could be that you want to do so for just a few sessions or months or years, but believe me if you do find someone qualified to work with, the rewards are phenomenal.

A very quick example for you – I have a friend who had been married to a man for 15 years – it was a passively abusive relationship on both sides, and she was ‘stuck’ in the co-dependent pattern that has developed over time.

I advised her to go to see my shrink, and she said she would do so but the one thing she wanted was the courage to leave her husband, but felt that would never happen as she was too worried that he would commit suicide.

Within a month of therapy her husband had left her and returned to his native Turkey where he is still living quite happily with his relatives. She was over the moon. Such is the power of therapy if you have the bottle to go the extra mile.

I recently bought some worry dolls for my little niece who was suffering from anxiety with pressures at school. After all if you have someone to share your worries with, that is half the battle, and it may be that it will give her the strength to overcome her fears in the future. 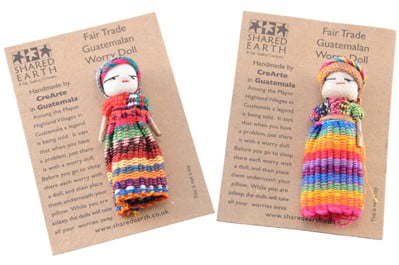