Milly Goes to Boot Camp – And We All Come Out Smiling

For those of you who have been following the adventures of Milly, my Golden Labrador puppy, I have another update.

As you know, Milly came to me when she was less than two months old, and I have been through all the teething problems (literally of a young puppy). As with any ‘baby’ it does not matter how prepped you are with the wise advise of those who have been there before, nothing can really prepare you for the emotional roller coaster and practical procedures of owning such an intelligent and wily animal. 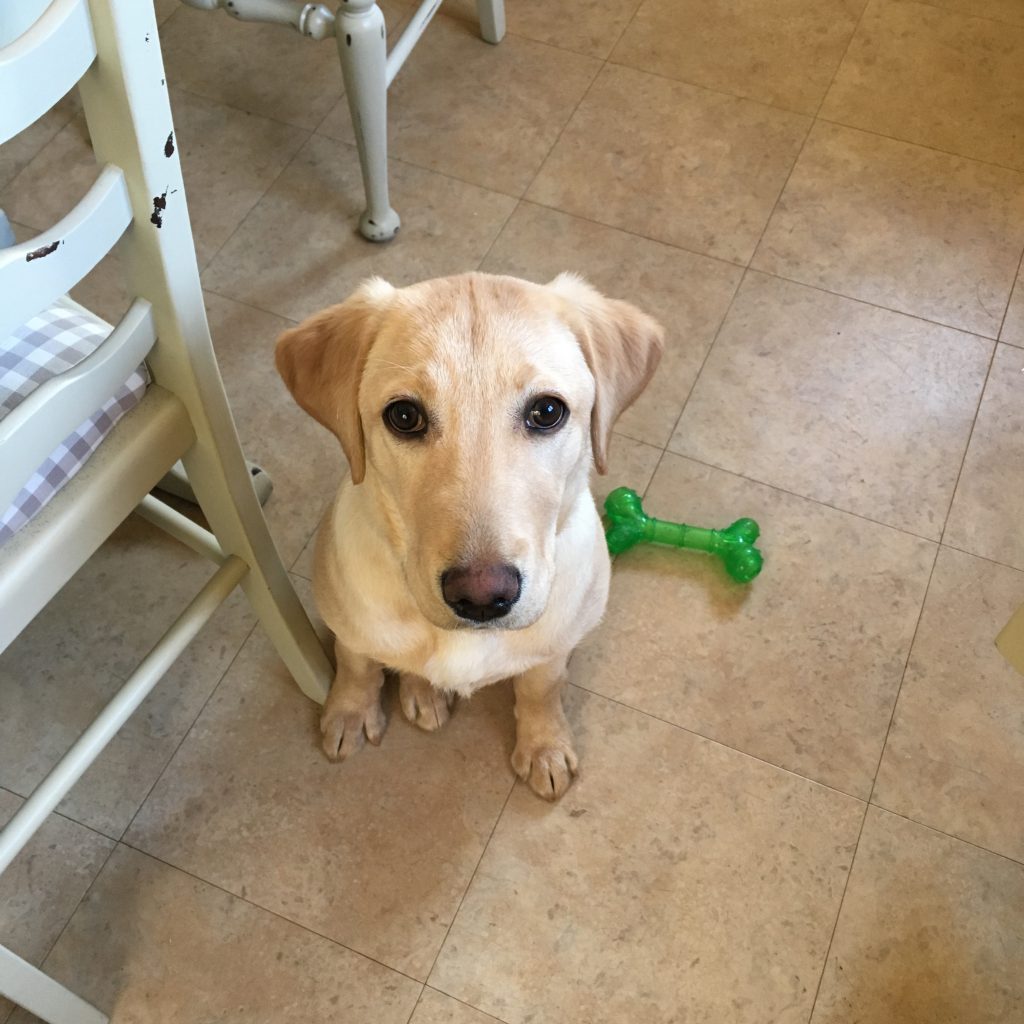 Milly is now five months old, and through necessity rather than planning, I have sought the hands on advise of the doggie experts and embarked on a rather intensive but satisfying course of dog training.

It is all sounding rather militant, but believe me this has turned our lives around and Milly has evolved from young boisterous puppy into a rather sensible young lovable pet.

Milly has always been affectionate, but rather than knocking over the kids and wrecking the kitchen in one excitable swoop, she is now relatively calm and snuggles up on the settee with us at night and even sleeps until 7am without stirring. 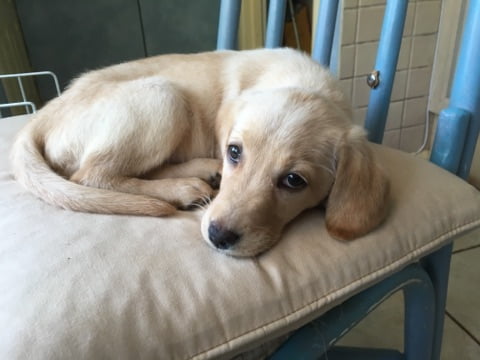 You have to remember that Labradors particularly go through really bad chewing phases as their teeth come in around about four to five months and then again at a year. But this can be alleviated if you are prepared by investing in some suitably good toys and feeding them food in “Kongs”, where they cut their teeth and are kept occupied for hours if you pack them properly.

These phases are particularly significant for dogs being dumped or taken into rescue homes, as the owners are unprepared and unable to cope. So it is best to know what is to come.

You will find a lot of good training courses near to you, just check out your nearest through The Kennel Club. It will really make a difference to your life and that of your pet. All animals respond well to discipline, similar to children, it makes them feel safe and contained, and in this case will enable you to sleep easy and get on with your life.

Don’t be averse to crate training too, as it sounded very severe to me when I was first recommended to buy a ‘cage’ but again it has made a huge difference, just to allow Milly to chill out sometimes, or to give me a chance to get on with some chores around the house without being pounced upon with excitement.

But for all these hurdles, there is a glimmer of light at the end of the tunnel as Labradors and most doggie breeds are known to be the most loving, loyal and affectionate animals on the Planet if treated with respect and disciplined in the correct way.   So keep on track and once you have come through the testing puppy trials and tribulations, you will really have a friend for life.

Here is a short video of Milly in the forest