More than 20 years ago, when juggling a multitude of ‘strings to my bow’, I had a phone call from an Actor friend who was desperate to fill a teaching role at the City Lit in Public Speaking, as he had been offered a major role in a television series.

My buddy, who prefers to remain anonymous had been ‘filling in’ between acting jobs as he also had a teaching diploma, and now could no longer fulfil his course as a teacher, due to this incredible coup in his acting career.

At the time I was also in between acting jobs and was also a young parent, and so the opportunity was tempting but a bit scary.   I was familiar with teaching, but had been trained alongside my acting course for far younger students and in drama, and so was also wary that his classes were adults ranging from 25 to 70 and were on a different subject altogether.

Encouraged by my partner, I agreed to take over my friend’s class, and with great trepidation took myself along to the City Lit and promised to ‘give my all’ to the very diverse group of individuals who I encountered in my first session.

The session was over an hour and a half, with a break in between, and I had little time to prepare, so decided that I would utilise all of my acting training.  After all, Presentation and Performance skills are closely aligned, and so what could go wrong!

I veered between emotional recall, a device to relax and bring awareness to the student, and trust exercises, and then had a brainwave.  I would get each student to think of an icon, either from history or a movie or television series they most admired, and deliver the speech as that person.  It was a risk, and when they all went off for their break, I thought they wouldn’t come back.  But they all did, and embraced it with open arms.  I told them I didn’t expect perfection, and in fact encouraged them to have fun with it and send it up.  The class ended on a high. 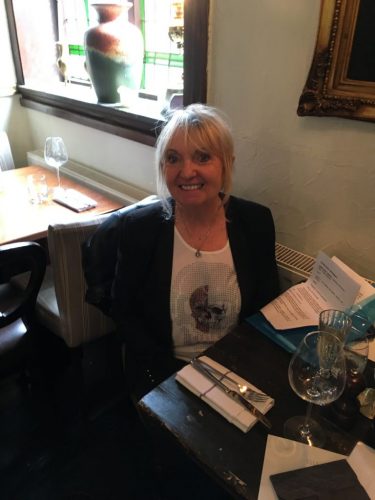 Fortunately, my theory was right, and the students loved every minute, so much so that the following week I was contacted by the Head of the City Lit Course Studies, and offered my own course.  The feedback had been really good.

It was then I realised I had a talent for teaching this subject, and after all it was ‘giving back’ some of my own talent for performing that was inherent from childhood, especially having grown up in a world of entertainment.

At the time I was also studying psychology, and found it fascinating to incorporate the core issues around self-confidence with the ability to stand up and deliver a speech.

So I then decided to add this to my own curriculum, and the combination again proved to be successful, with students telling me that they had major breakthroughs with their delivery and ultimate self-belief.

The other revelation is that everyone of any age or gender has the ability to deliver a Powerful Presentation if they are given the tools to do so. 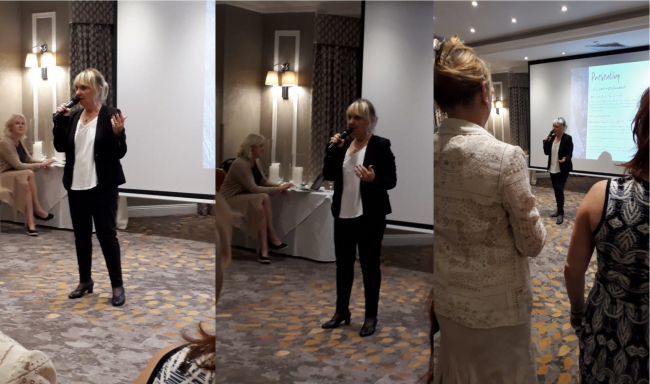 We may not all be Actors or Politicians, but we are all asked to speak publically at some time in our lives, whether it be when promoting a business, at our kids’ school or at a friend or family wedding.   Speaking in public is also one of the top fear factors in many people’s lives, and I have found a way of helping people to overcome and manage nervousness in delivering a speech.  Many of my more reticent students have gone on to be really strong speakers.

Mentoring in Public Speaking has now become one of my passions as well as performing and running my magazine and events business, and I dedicate time each month to help people Break the Deadlock to enable individuals to deliver a Powerful Presentation, which can be a life changing event.