Star Employers Who Feel the Force at Work

As Sweden moves to a six-hour working day to help increase productivity and make people happier – it begs the question of whether we are allowing enough time to implement the much publicized ‘work/lifestyle balance’ ethic across Europe and the UK.

Employers in Sweden have already made the change, with the claim to get more done in a shorter amount of time and ensure people have the energy to enjoy their private lives. 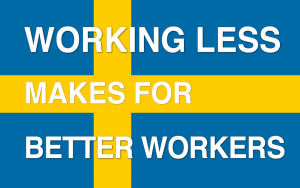 The new strategy is already proving a success with Toyota centres in Gothenburg, Sweden’s second largest city, having made the switch 13 years ago, with the company reporting happier staff, a lower turnover rate, and an increase in profits in that time.

Part of the deal is that staff members are not allowed on social media, meetings are kept to a minimum, and that other distractions during the day are eliminated –  but the aim is that staff will be more motivated to work more intensely while in the office. This shorter work day ensures that people have enough energy to pursue their private lives when they leave work –which can be difficult with eight-hour days.

So how long before the UK realizes that the often sluggish workforce is due to lack of stimulation and long hours, often spent with wasted energy from overly tired employees who have little or no energy for their family and offspring let alone any kind of social life.

The UK are certainly behind the times, and should take a tip from Europe where a German couple who were family friends, renegotiated with their bosses a four day week twenty years ago, to enable them to enjoy their country retreat for three days instead of two – and reported that it worked for both and their companies issued new employment contracts for both after a six month trial period.

So how long do we have to wait until our crusty outmoded system of employment and bullish employers realise that they are killing productivity and the entire British workforce.

For those of us who are or have worked in a strictly run office of employment, with an eight hour day, know that a lot of time is wasted with secret texting or sneaky fag breaks and a bellyful of resentment. 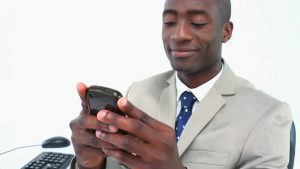 Do we really think Brexit will fix it for us, or are we going to fall deeper down the slippery slide to hellish employers and working conditions now that we won’t have Europe to inspire us into a less Dickensian working environment.