Tania Follett Breaks down Barriers and Smashes Through the Glass Ceiling

Tania Follett is our number one trailblazing female in our campaign to identify courageous women who have broken gender stereotype rules and succeeded against the odds. 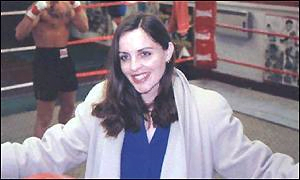 When most girls were playing house or holding tea parties for their dolls. I was glued to the TV watching boxing matches with my dad. It was after seeing Leon Spinks defeat Muhammad Ali for the world heavyweight title in 1978 I decided to become a ‘corner woman’. I was nine years old at the time, and so where else can you get a better seat in the house than the corner of a boxing match where the action is. But when I announced to my father my ambition, he laughed and dismissed it saying it wouldn’t happen as boxing was definitely just for men. 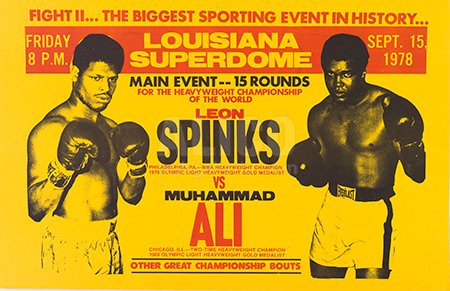 But Boxing has always been deeply rooted in my blood. My father had boxed for North Hammersmith Boxing Club, my great, great uncle 8181 private Denis Regan was a regimental boxer and welterweight champion in India, boxing for the Kings Royal Rifle Cops between 1904 and 1914. My grandfather was army fitness instructor and amateur boxer, my grandmother’s brothers named the Rooney twins, who were in the Army Border Regiment and the Air Force boxed at a good amateur level. 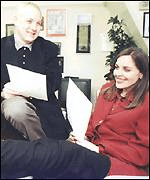 It was Frank Maloney the manager of WBC World Heavyweight Champion Lennox Lewis, who gave me my first chance to work the corners by becoming the first female corner lady in 1993 and in 1997, and the first female boxing manager in British Boxing History, an accolade I am extremely proud of. I was also the first family member to be involved in professional boxing in spite of my father’s warning. 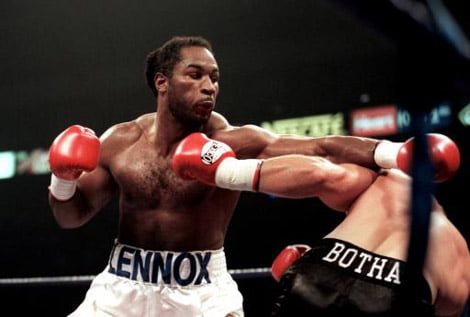 I always encountered a lot scepticism from everyone and my gender was a massive bone of contention as some people felt that another male bastion had been stormed. In retrospect there was both positive and negative remarks from all sides of the boxing fraternity.

I received a tremendous amount of support from people who came to boxing shows, congratulating me on my achievements, and many boxers who supported me were extremely proud. My father could hardly believe what I had accomplished, and I knew he was quietly pleased as he would always tell his mates when I was on TV.

There was also a lot of discrimination from other males and I was once banned from a boxing gym for being a woman, which I found unbelievable. Some boxer’s trainers and promoters were not happy about a woman in the corner. Asking the question, ‘what does a woman know about boxing’? Even twenty years ago boxing was and still is to some degree, still entrenched with a backward thinking mentality which is mainly a generational mind set – because the only girl that should be involved in boxing was the glamorous ring card girl as far as the diehard boxing fraternity are concerned. 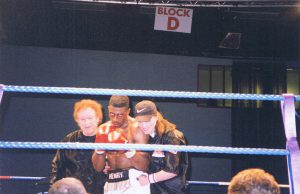 But I was incredibly lucky to be able to meet some remarkable people, who guided me and encouraged me to grow within the sport. I was also able to use my boxing status to set up youth projects in London and be involved in cancer charity work. I cornered some amazing fights from 4 rounders to title fights. Boxing has given me transferable skills which have helped me in my personnel and business life, and it has been a massive learning curve. I wouldn’t change any of the experiences I had being involved in Boxing – even the challenges. 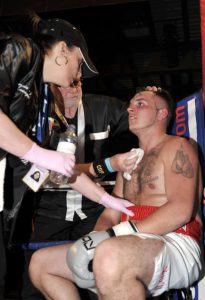 Looking back to when I first started in 1993 there was Alma Ingle and Katherine Morrison who were the only females to had been granted licences to become promoters. At that stage no other females were licensed to work in boxing let alone work boxing corners, manage fighters or even fight. That is why I attracted a lot of attention, and in some respects opened the door and paved the way for other females to be accepted in those roles.   It was rare back then to see a female speaking in a TV studio about boxing, even commentating live at ringside and the interest was such that my documentary “The Lady and the Champ” won the BBC green award. I was very lucky to receive that amount of interest and even to this day people ask me to relate my experiences for TV or Radio programmes, an achievement in itself.

I now have my own Security Business and am very happy working within the security industry although again it has been very tough. I started my Company Empire Security Solutions Ltd up with my last £50.00, with my uncle warning me that I had made the wrong decision and giving it just a year!   Fourteen years later I have a highly successful business. I am still trading and employing a lot of people which again is a great achievement. Having my own security company has allowed me to fulfill a long-life ambition to train and operate drugs detection dogs and once again I have been involved in some great drugs dog operations taking drugs off the streets. Working with my 3 operational drugs dogs has brought me incredible joy and a lifestyle balance. 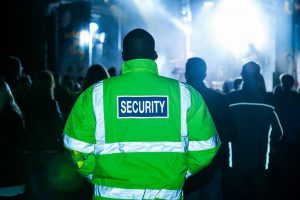 My future now very much involves dogs. I am embarking on my bomb dog course in 2017 which I hope will compliment
Empire Security Solutions’ ever growing K-9 Division. I have become a drugs detection dog trainer, instructor and assessor and will be running courses for students who want to operate as handlers. My security company will be expanding next year and I hope to employ even more people. As for boxing, if the right fighters came along, “Yes” I would definitely work with them, but for now my attention is focused on my love affair with dogs. 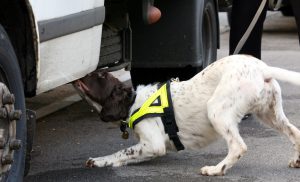 If I could give advice to any female entrepreneur wanting to start a business or to enter a male dominated work domain, I would suggest you really research what you want to do, be very realistic and have many contingency plans in place. Structure is very important, don’t be afraid to ask for help or advice, try and find someone who will mentor you, but make sure you are always revaluating your business and if things are not working make sure you change it. There will be areas that you will have difficulty being accepted in, make sure you are always professional and deliver what you say you can. 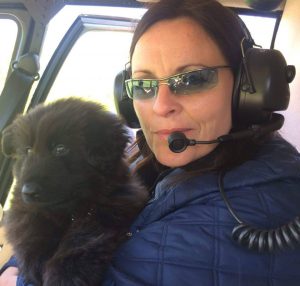 Obstacles will always be put in your way to overcome, you must assess if these obstacles are worth the effort to bypass or take another direction using your time and money more proficiently. Your gender shouldn’t be an issue in the 21st century, however be aware there is still misogynist views harboured by some and some glass ceilings haven’t been truly shattered – but like me if you have the passion and determination, you could be the first to do so.