YOUR FUTURE HEALTH IS IN THE HANDS OF FOUR THIEVES

It is a great time of year to meet up with old friends and family, going to School Nativity plays, Church choirs and Christmas Shopping, but the down side is, it can be pretty exhausting too, and this is the time when our immune system can be low and we are prone to picking up bugs.

I attended a brilliant concert put on by the Nottinghill Community Choir last weekend and had VIP status having known the Pastor from a ‘past life’ when he was still a performer, but not in a religious sense, and I found myself sitting next to one of the top voice coaches in London.

With our compatible interests, and before the singing began, he and I struck up a conversation, and as we spoke he tipped an aromatherapy oil on his hands, explaining that he carried a potion called Four Thieves around with him at all times, to ward off the inevitable viruses that were in abundance at this time of the year.  He also went on to tell me that the source of this incredible remedy stemmed from as far back as the Bubonic Plague in France in the 17th century, when four thieves who lived underground, robbing graves and bodies of the afflicted, were completely immune to the disease through their discovery of this unique elixir. 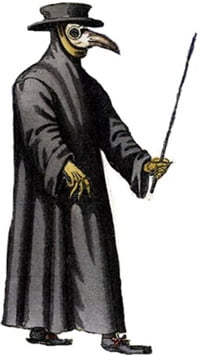 On further investigation when I returned home, I discovered that these essential oils are a combination of clove, lemon, cinnamon bark, eucalyptus and rosemary, which smell divine as well as being an incredible preventative potion against ill health.

Fascinated by his story of its source I also investigated that this story, recorded in French folklore, goes on to say that these four reprobates were captured and put on trial and the inevitable sentence of the time, Death by Hanging was bestowed upon them.

However, using their wits, they promised to reveal their source of immunity to the plague and were subsequently pardoned.  The rest is history, and the remedy remains in their name, although 20th century French herbalist Jean Vardet has since perfected it in his wisdom. 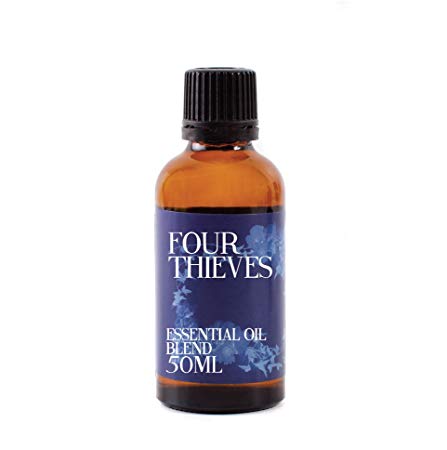 I am astounded that the Four Thieves remedy is not a household name and so have done some more digging and discovered that they are incredibly expensive on most health websites, but a major find is they can be purchased at a reasonable price from Anglesea Organics Ebay Store online.

As you can imagine, I could not wait to share the news with you all, and have already put in my order for myself and the whole family.

As some of you may know, I have a daughter and son-in-law and three young grandchildren, who will all benefit from this amazing remedy, especially before Christmas when taking part in so many activities and being exposed to the elements and as many of us are.

I believe in it, and at only a few pounds, it would be great for all of us to try it and see.  If it works as my new ‘friend’ insists, he will definitely be on my Christmas card list now and for many years to come.