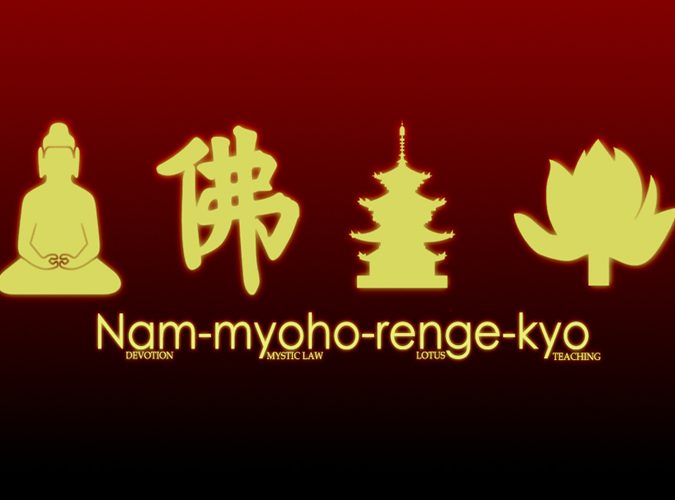 REVOLUTIONALISE YOUR LIFE IN A CHANGING WORLD

At a time when the World seems scary, whether it is radical governments, severe terrorism or the challenge of the everyday, we are all searching for something to confirm that there is a greater plan for all of us.

We have been looking at different therapies and even religions that are working for people who are on a mission to improve their lives.

Jason Chan is a spiritual master and healer whose teachings have transformed the lives of many. He holds courses, retreats, workshops and demonstrations in the UK, Ireland, Europe, USA and Thailand. He is also the author of The Radiant Warrior (Hay House 2009), Infinite Abundance (2012), and Infinite Awakening (2015). He was voted Most Inspirational Individual in 2008 by readers of Kindred Spirit Magazine, with the testimonial “Jason has quietly, with dignity and integrity, worked tirelessly to help others find inner peace and balance.” 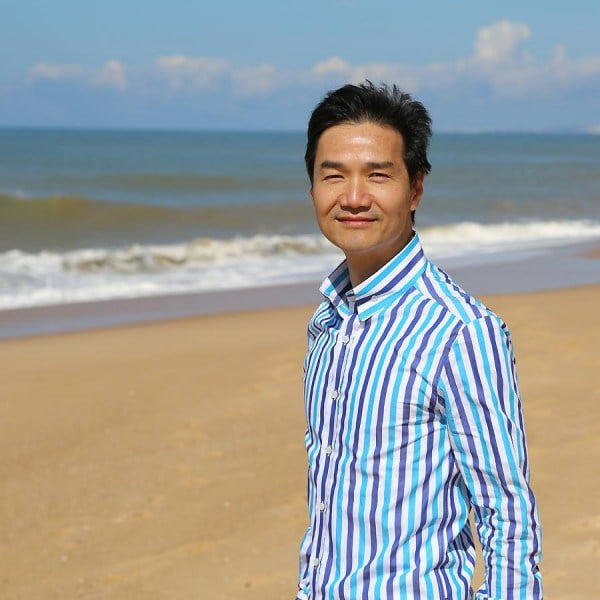 For over 20 years Jason has dedicated his life to passing on the benefits of his “Infinite Arts” including rejuvenation, vitality, natural health, inner strength and spiritual growth.

“Looking at life from the highest possible view, we can see that there is a definite order in all that happens in nature and the Universe. We are part of nature and it follows that we are affected by the same patterns, cycles, flow, change and movement of the natural laws. It is from these ancient sources of wisdom that the “Infinite Arts” have drawn their unique view of life.” – Jason Chan 2000.

A colleague of mine was suffering from severe back pain and difficulty with her legs, and found it difficult to leave her house to carry out her work as a business consultant. After a few sessions with Jason, she is now able to continue with her consultancy and is back to operating on all cylinders.

Another friend has been a Nichiren Daishonin Buddhist for a number of years and swears by it, if Buddhists are allowed to swear. You may have heard of the practise through Tina Turner or Boy George, as both are members of this Buddhist sect. it is based on the teachings of a 13th century monk who has been compared to Martin Luther, although centuries before his time. Their headquarters are in Japan and in the UK at Taplow Court with groups practising in every town. I visited the Headquarters in Taplow recently with a couple of colleagues, at our friend’s invitation, and was warmly greeted by the Senior Members to chant Nam Myoho Renge Kyo with them at their evening prayers called gongyo. 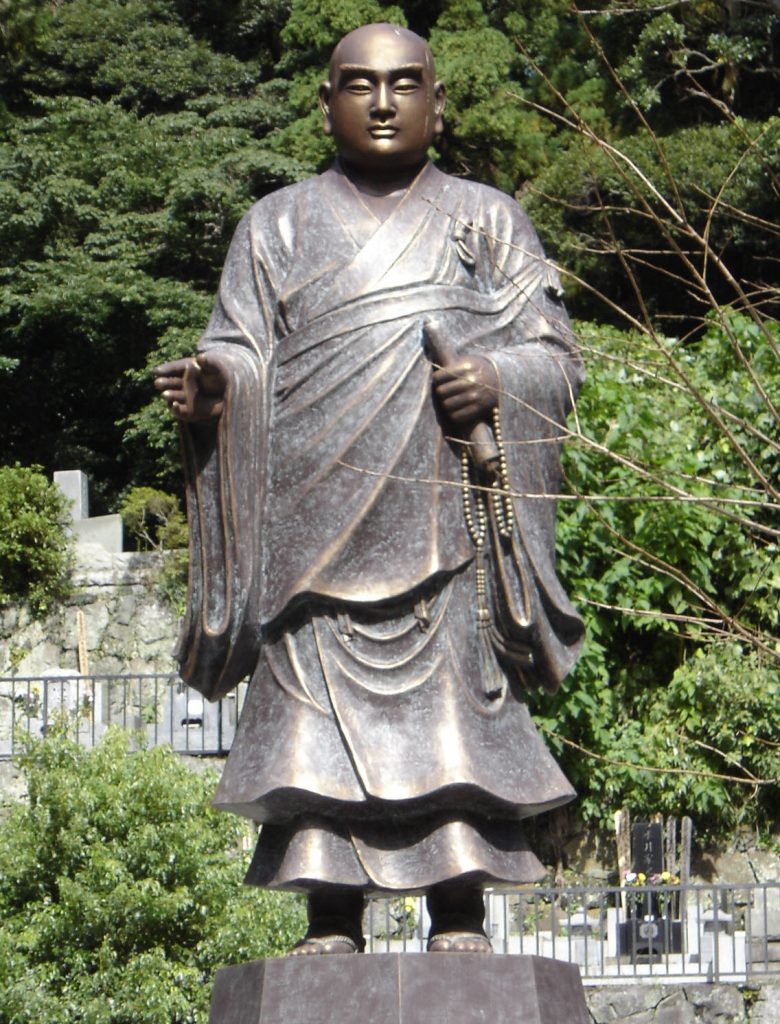 There are a huge number of English members and centres all over Europe. It is a fast growing practise and claims that if you chant the mantra you will manifest abundance and happiness. A few years ago it was nicknamed ‘designer buddhism’ as a lot of celebrities were pursuing it and you could chant for material things. But who are we to complain it if it works, and many members have proof through their own extraordinary experiences.

We all came out of the prayer session feeling rejuvenated, but not sure whether that was down to the energy in the room or the chant itself. But I am willing to give it another go, as I have definitely felt a shift in energy and life force which can only be good. 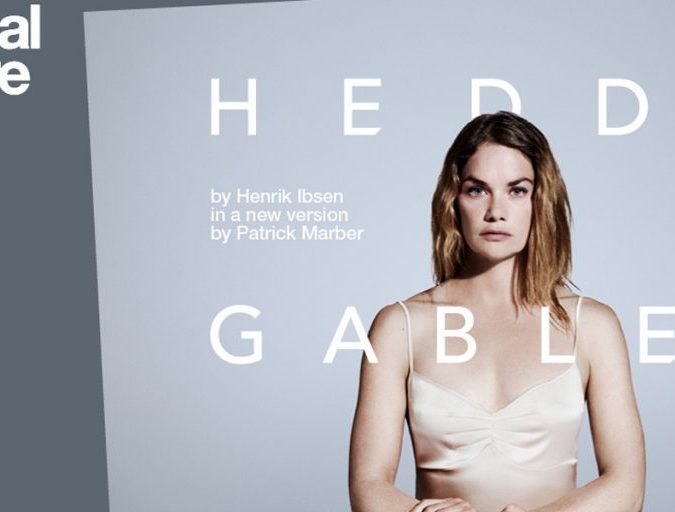 Ruth Wilson as Hedda Gabler at the National Theatre

and then again as she played the relentlessly seductive Alison Bailey in the much acclaimed drama series The Affair. 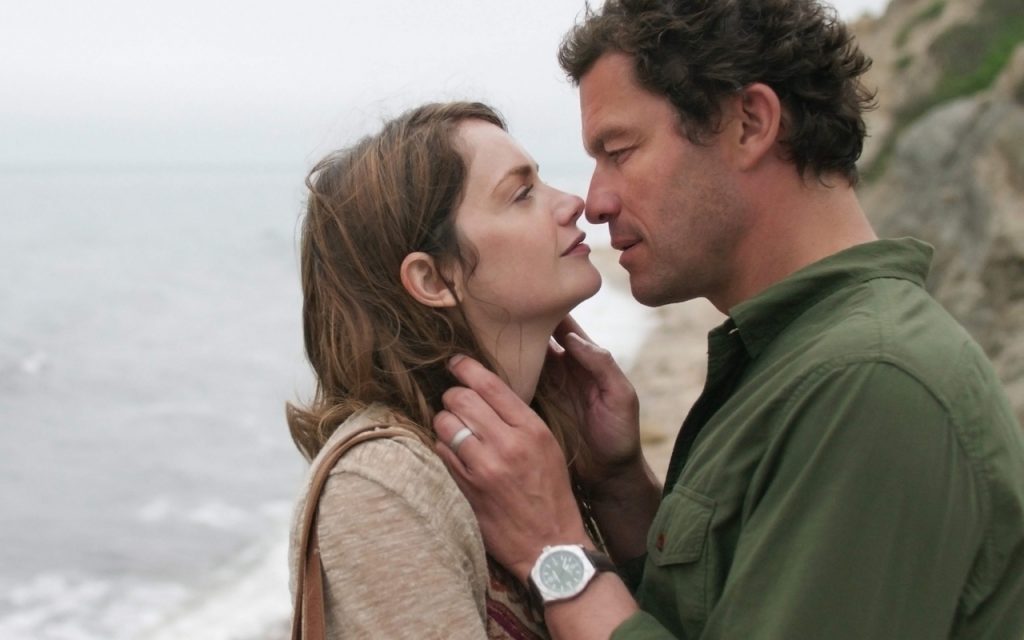 Ruth has also appeared in a number of high profile roles and productions ranging from Jane Eyre to Saving Mr Banks. Ruth herself admits that she is drawn to damaged complicated characters and it is evident that she is unusually comfortable in ‘outing’ her inner demons.

Ruth Wilson is already a legend, which is evident as she performs one of the most sought after female leading roles at the National Theatre, Hedda Gabler by Henrik Ibsen. 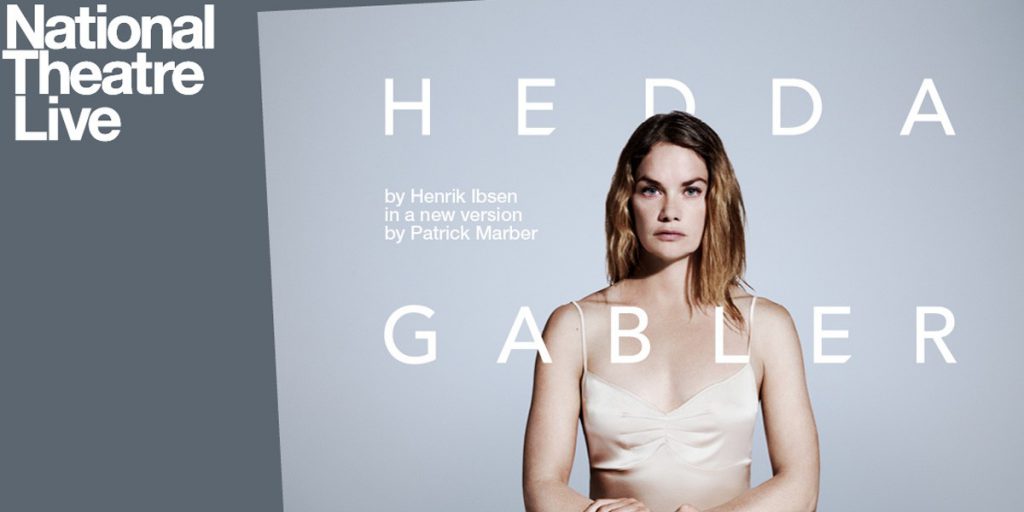 The play was written in 1891 by Ibsen and tells the story of a woman’s quest to sacrifice the lives of three men to achieve her ultimate goal.   A modern day Lady Macbeth, with all of the facets of her character unravelled against a backdrop of emotion and ultimate tragedy.

Ruth digs deep to reveal the harsh reality of her unscrupulous world in her portrayal of the character, and brings a myriad of emotions so rarely experienced in theatre today.

All reviews have been magnificent with ‘performance of the year’ from The Telegraph and the Guardian saying ‘I have never seen an actor make so convincing the character’s toxic aestheticism’.

If you cannot make it to the National Theatre, then you will have the opportunity to see a live performance on the 9 March as it is transmitted at 650 cinemas across the UK. 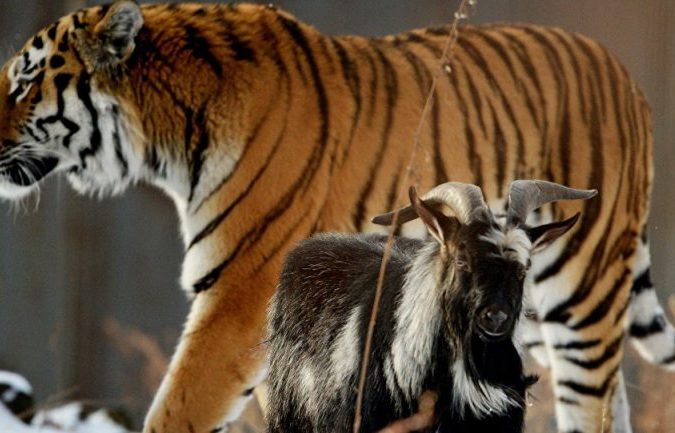 AMUR AND TIMUR the Tiger and the Goat

It does sound like a rather lovely children’s book doesn’t it– the friendship of a tiger and a goat.  But it is a present day phenomena and is happening now in a Russian Safari Park. Let me go back to the beginning, are you sitting comfortably?

Goat is a regular food offered live in our still barbaric age to tigers in this safari region.  But one goat in particular refused to be beaten or eaten, and instead, kicked the Tiger out of his bedroom and had the cheek or bravery to take over his bed.

The Tiger named Amur was so bemused by this outrageous behaviour from the Goat, now named Timur, that he was stunned into a different way of thinking and has befriended this rather unlikely room-mate in a fashion never seen before.

Let us pause for a minute, as it may give us food for thought (forgive the pun) as we look at our own lives and friendships, as out of the ordinary is not always a bad thing.

Back to Amur the Tiger, perhaps his life has been lonely up until now, and Timur has given him the injection of companionship and fun that he so desperately needed, above the temporary satisfaction of a quick feast.

Time alone will tell as they have been living and playing together in harmony for just over a month, they now have separate Facebook pages, and the clientèle of the Safari Park has tripled with visitors arriving to observe the unlikely duo in their befriended bliss.

They are seen playing tag together and hide and seek, with each changing roles, Timur seeking out Amur if he loses sight of him, and Amur enjoying the playfulness of his companion.  They walk and communicate under the watchful eye of the Park attendants, who look on in wonder as they have never experienced such a companionship.

If we are really going to go into a more in depth analysis, we could look at the demographics of this unlikely pair – with the Tiger being an elite Siberian, whereas the Goat is just a Joe Bloggs ordinary breed, which has to illustrate that class is not a rule or even a consideration in the animal kingdom.

There are cynics out there who believe it will end in tears or worse, but I would like to remain optimistic, and believe that we can all live in harmony, whatever our differences, and without eating each other alive. Watch a video of the unlikely duo here.